the king’s diary Charles III of England It is full, since the death of Queen Elizabeth II, of meetings with all the world leaders whom she receives at Buckingham Palace. The monarch has appeared in the media signing —with more or less luck— different documents and there are many looks that have once again noticed the fingers of their hands, swollen and with a strange reddish color. Specialists know this phenomenon as dactylitis.

It is a diffuse swelling appears on the soft parts of the fingers or toes and that can be accompanied by pain in the phalanges and other types of discomfort. But could dactylitis be directly related to any disease?

“Arthritis or failure of the liver, kidneys, or heart.” These were just some examples of the diagnoses that Dr. Alejandro Macías mentioned on his Twitter profile as a result of from the viral thread published on the social network Reddit by the images in which Carlos III was seen with swollen fingers.

“Seeing it in an image it is very difficult to say what it is attributable to.” The speaker is Dr. Jesús Sanz, spokesperson for the Spanish Society of Rheumatology (SER) and rheumatologist at the Puerta de Hierro University Hospital in Majadahonda. He has been in charge of attending to all the media that these days have wondered about the possible illness that could affect the newly appointed monarch. As Sanz himself acknowledges, “what should be done is an approach to the patient to find out what disease he may have”.

👉 World alarm for King Carlos III’s “Sausage Fingers”.
👉 The detail drew attention and many began to wonder about his health.
👉 British doctor Gareth Nye indicated that the possible reason for the swelling of the hands could be liquid retention. pic.twitter.com/9kDpPSh5PW

What causes this swelling

Finger swelling can be found in processes ranging from pregnancy —with thickened fingers— to circulatory disorders of venous or lymphatic origin. It also occurs in heart problems where excess fluid accumulates causing the appearance of edema. In addition, diabetes can lead to diabetic cheiroarthropathy, a type of joint mobility limitation common among diabetic patients.

And it is not even possible to speak of dactylitis as such, since “not all diffusely swollen fingers correspond to dactylitis“If it is not associated with any type of pain, the most logical thing, according to Sanz, is that it is due to an autoimmune problem or related to a circulatory disorder. It can be a liver, kidney, cardiological or indeed rheumatological problem. In the event that If it were the latter, it would certainly belong to the autoimmune rheumatological pathologies, within which we find many types of diseases. 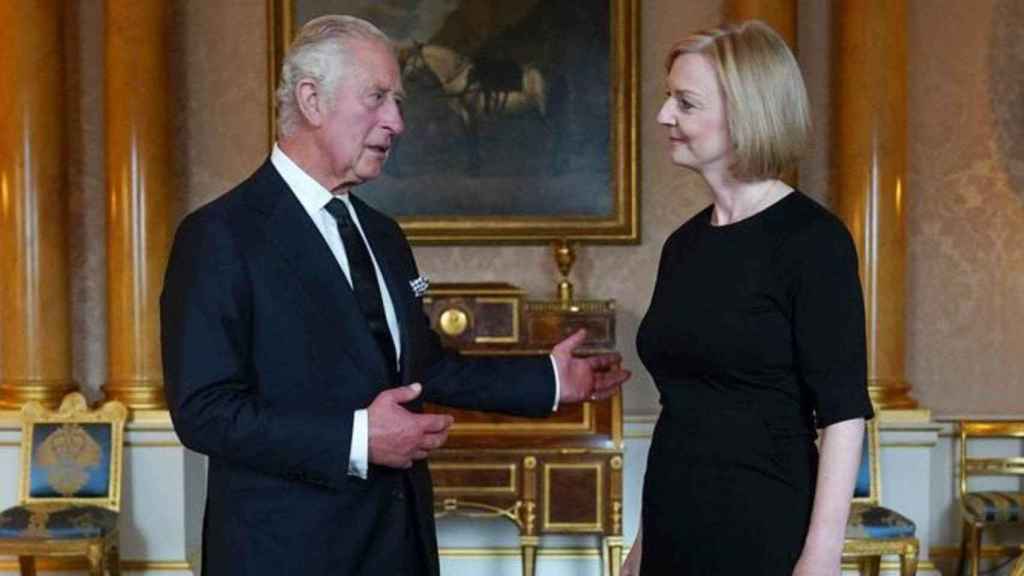 One of the diseases that can cause dactylitis is psoriatic arthritis, an early form of systemic sclerosis that affects the skin in its initial phase and swells the fingers. “In the elderly, this pathology can be associated with cancer,” says Sanz. In the case of Charles III of England, the diagnosis is probably different and could be linked to “an exuberant osteoarthritis or a circulatory problem“.

Without a doubt, this swelling in the fingers is not understood as a cause of death, but it could be a chronic disease. This would mean that the king of England would have difficulties in making any other movement such as “putting your hands together as a sign of prayer or picking up some things,” says Sanz.

Jesús Sanz has received “many patients” with this type of symptomatology in his consultation. However, their profile does not coincide, at first glance, with that of Carlos III: “Appears with manual jobs or with people who work in the field“. Although it does not only occur for work reasons, it also occurs in players who play sports such as Basque pelota, who are at risk of “having a diffuse thickening in their hands.”

Discarded then the reasons for work and the Basque ball, Sanz would recommend the monarch “to take off the rings“. You should take it off because there may come a point where you won’t be able to take it off “in a domestic way” such as with “soap and water, or by squeezing a string”. It is even possible that if you continue to wear them , “tools almost like those of the firefighters are needed”, because it could cause him “to run out of a finger and have to cut it off”.

In addition to this warning, the SER spokesman acknowledges that “the solution to a problem like this depends on the origin“of swelling. Thus, if it is fluid retention, the treatment would consist of “eliminating salt from the diet or putting diabetics”. On the other hand, if the cause was lymphatic edema, it would be necessary to try end it by “compression measures” whereby you don’t put your arms in an antigravity posture.