President Volodymyr Zelensky On Friday, he had words of thanks to the Ukrainian secret services “which once again showed very effective in expelling the enemy“.

And it is that the publicized offensive of Ukraine in the south of the country was in fact an elaborate disinformation maneuver to distract the Russian troops from the real objective: the recovery of kharkiv.

The Ukrainian Forces continue to do unexpected things, they have made rapid advances in the northeast of the country and they have recaptured more than a third of the occupied Kharkov region in just three days. Many of these achievements were also confirmed by the Russian Defense Ministry this Saturday.

“It was a big disinformation operation,” said Taras Berezovets, a former national security adviser turned press adviser to the Ukrainian Bohun brigade, in statements reported by the newspaper Guardian.

“Russia thought that the big offensive was going to take place in the south and they mobilized their teams. However, instead of in the south, the offensive took place where they least expected it, and this has caused them to panic and retreat.” .

How the operation was managed

On August 29, the Southern Command of the Ukrainian Forces announced that the offensive in the Kherson region had begun. But soldiers deployed to the Kherson front said at the time they saw no evidence that such an attack was taking place or that the fighting activity was anything other than Ukraine’s reaction to the Russians’ onslaught.

During the last two weeks, the Southern Ukrainian Forces conquered several villages, which is not a small thing considering the power of the Russian army, which recorded several wounded. But the achievements of Zelensky’s troops did not differ much from the limited advances they had made in the Kherson region during the months of July and August. 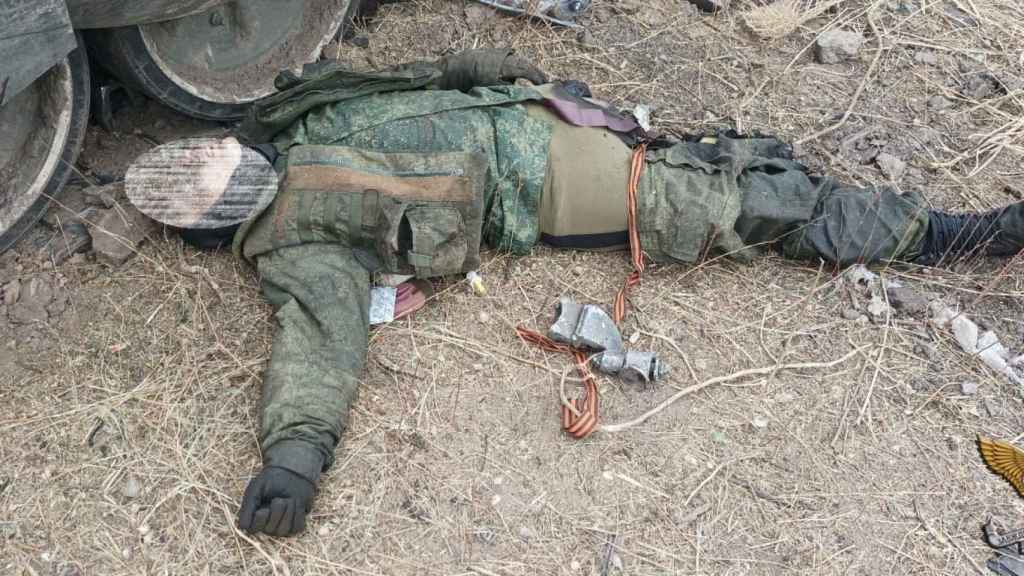 The body of a Russian soldier killed during the Ukrainian counter-offensive in Kharkov.

And yet the conquests of these small towns of the Kherson region, where barely a few thousand inhabitants reside, began to have a great echo in the international press.

According to the British newspaper, Natalia Humeniuk, spokeswoman for the southern command of the Ukrainian army, maintained a firm “regime of silence” and for a time prohibited journalists from visiting the Kherson fronts.

And Berezovets maintains that the media hype around the ongoing offensive in the south was a disinformation campaign coordinated by Ukraine and directed against the Russian military. An operation that had been carefully planned for months.

From that point of view, the strategy could not have been more successful. The Ukrainians managed to get the Kremlin to move troops and equipment to the southern front, including part of those that were deployed in the Kharkov region, always according to Berezovets. “In the meantime, our men in Kharkov were receiving the best weapons the West has provided usmany of them Americans,” he points out emphatically.

And for the disinformation campaign to work, it was necessary to establish a firewall in the network of informants working in the Ukrainian-controlled areas of Kharkov. The objective was to prevent them from passing information about the preparations to the Russians, as he confessed to Guardian a military source implicated in the device.

“The informants were almost completely clean. They were mostly ordinary Ukrainian civilians, but there were some Russian agents undercover as Ukrainian civilians,” says this source. And he adds that by applying this strict firewall, they managed to make “the Russians have no idea what was going on.”

The Russian Defense Ministry has confirmed the withdrawal of its troops, but speaks of a “regrouping”. And he maintains that they have withdrawn from Izium and the city of Balakliia to “focus their efforts” on the Donetsk front.

The Kremlin Defense Ministry spokesman, Igor Konashenkov, has indicated that “a perfectly organized three-day operation of withdrawal and transfer of the group of troops deployed in Izium and Balakliia to the territory of the Donetsk People’s Republic has been carried out.” And it even defends that it has been done “with the intention of preventing any damage against the Russian troops, who have inflicted a powerful armed attack against the enemy.”

The truth is Russian media (and also various bloggers) have confirmed that their soldiers have been forced to withdraw on a large scale of the Kharkov region. It is precisely in Kharkov, in the northeast of the country, where the real setback for Vladimir Putin has occurred; since his forces invaded the area in the first days of the war and it is an important strategic point. 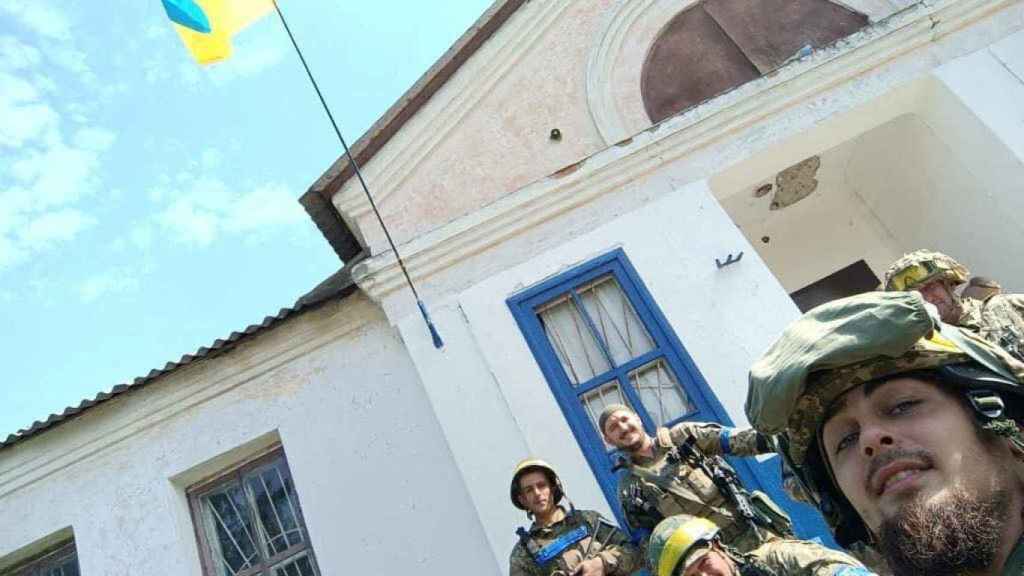 Ukrainian troops pose in Vasylenkove, one of the settlements they have recovered in Kharkov.

“Russian forces were probably attacked by surprise,” notes the UK Ministry of Defense. “The Kharkov area was only lightly controlled by the Kremlin and Ukrainian units have captured or surrounded several cities,” he adds.

Following these events, some analysts believe that Russia has begun sending some of its most experienced troops to once again defend these cities. Zelensky, on the other hand, is exultant. And in one of his last Telegram messages he announces that “fierce battles continue both in Donbas and in the south” of Ukraine. Zelensky says so. But perhaps his words are part of a new episode of misinformation to achieve a greater goal. This is war.