Sony has just announced a new and peculiar device: the Xperia Stream. It’s about a mobile fan which, simply put, attaches to the back of the device and reduces the temperature of the device to prevent performance decline.

The device also incorporates a good handful of ports, from an HDMI to an Ethernet port. There is no official price yet (we will update when it is confirmed), but what we do know is that the Xperia Stream will not be a fan for all audiences. The reason: it is only compatible with the Xperia 1 IV.

A fan for a mobile that tends to get hot

First things first: what does this Xperia Stream have? In addition to the fan, which is used to generate a continuous air flow whose objective is to keep the temperature of the mobile at bay, in the lower part there is a HDMI with support for FullHD at 120 Hzan Ethernet port for gaming with a wired connection, a USB Type-C port for charging, and a 3.5-millimeter jack. 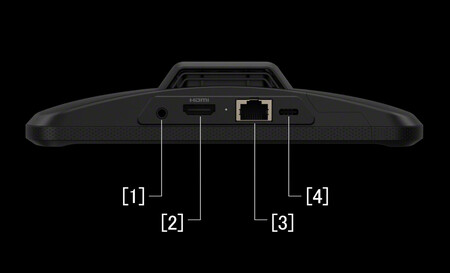 Ports of the Sony Xperia Stream.

According to Sony, the dock has been designed to be ergonomic and so that all the connections are at the bottom, so that the cables do not interfere with our hands during the gaming session. Likewise, through the Game Enhancer interface, we can control the parameters of the fan, such as its speed, as well as the refresh rate and response rate, etc. 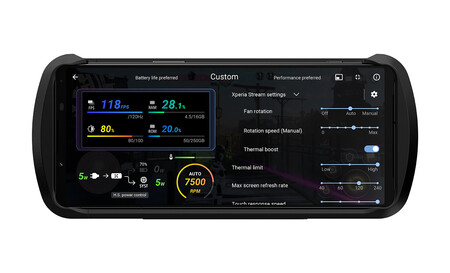 And it is that, if we were able to extract something from the Sony Xperia 1 IV, is that it is a terminal that tends to get hot. The mobile mounts the Snapdragon 8 Gen 1whose problems throttling they are known. In other words, the processor heats up very easilywhich automatically causes lower performance and even disables the 120 Hz of the screen.

Quoting verbatim from the analysis of this terminal, “when it is very hot, the phone shows some lag, and cries out for a break, basically, because it almost burns your hands.” It makes sense for Sony to bet on an external fan for this terminal, but there will be what real impact it has on the performance of it.