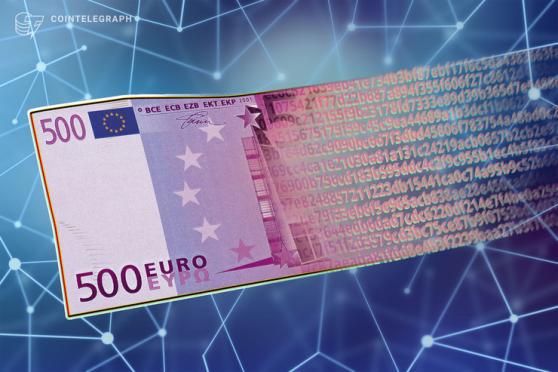 The European Central Bank, or ECB, has announced that it will collaborate with five companies to develop potential digital user interfaces for the euro.

In an announcement on Friday, the ECB said it had chosen “Big Four” tech company Amazon (NASDAQ:), financial technology company Nexi (BIT:), Spanish digital bank CaixaBank (BME: ), the French payment platform Worldline and the European Payments Initiative (EPI), so that each of them would focus on the development of a prototype based on specific use cases of the digital euro. According to the central bank, the companies will create top-of-the-line prototypes, which will not be used in later phases of the digital currency project.

Source: ECB The ECB chose the five companies because they met “specific capabilities” compared to 50 other front-end developers that responded to the central bank’s call in April. Officials planned for the project to be completed in the first quarter of 2023 as part of a two-year research phase into the digital euro, which is expected to end in October 2023.

Read the full article on Cointelegraph