If anyone had any doubts that Ukraine could win this war As long as he limits himself to the use of conventional weapons, the last few days will have convinced him. The “lightning war” Putin He is serving his 200 days with the Russian army in a precarious situation: throughout the summer, Ukraine has been bombing bridges, railways and any infrastructure that could be part of Russian supply lines. As a result, the invading army is split in twowith serious discipline problems and at the mercy of a local counteroffensive that is pushing them to withdraw from key areas and forcing them to continuous improvisation.

The strategy of the Ukrainian high command has been one of honors: instead of bait in the Donbaspreferred to harass the south, especially around the city of Jersón. Zelensky knew how to read the situation perfectly after the latest Russian offensives at the beginning of the summer: Putin was stubborn in not calling things by their name and organizing a general mobilization, there was no reason to fear a move towards Slovyansk. Better, therefore, to use the new Western weaponry on other fronts that the Russians could not easily control.

To get an idea of ​​the situation, Lisichansk, the last great Ukrainian city of Lugansk to fall into Russian hands, it surrendered on July 3, that is, more than two months ago. Since then, Russia has not advanced even ten kilometers in a westward direction. It is true that Moscow announced at that time an operational pause to rebuild the damaged units, but a two-month pause indicates more incapacity than strategy. Something that Ukraine has been able to take advantage of.

As we said before, the Ukrainian army has shied away from frontal, melee attacks, probably due to its lack of light weapons. Instead, he has squeezed the most out of the lHIMARS long range missile launchers shipped from the United States. Instead of going in a hurry – on occasions, it has been exasperating to see that the famous “counteroffensive” did not translate into territorial reconquests – he has preferred the long road.

In a war of attrition, the invading army will sooner or later encounter the problem of mental fatigue. It’s hard to spend six and a half months in the trenches, away from home and watching your teammates fall. All without a very clear objective, beyond that theoretical abstraction called “Novarossiya”.

🇷🇺🔥🇺🇦 #Russia vs #Ukraine – Day 199 – Ukrainian vehicles destroyed in the direction of #Izium. Of course, it is a war and there are casualties, make no mistake about it. #WarInUkraine

The goal of cutting supply lines and even attack crimea in full vacation was precisely to demoralize the invaders. Take the hardships of war to the opposite side. If fighting for six and a half months is already difficult, doing it with supply problems is much more so. Ukraine has been careful, something that Russia has never done: first, it has isolated the enemy troops; then she has launched an attack that is surprising both her own and others.

The advances in two open fronts (Kharkov and Kherson) in the last four days are scandalous and have their explanation: before the constant trickle of attacks in the south, Russia had no choice but to divert troops to defend the area. Once those troops left the east unprotected, Ukraine launched its attack there, leaving the reinforcement soldiers between two waters, not knowing whether to return to Kharkov or continue on their way to Kherson. Meanwhile, the losses are notable in both positions.

Starting from the south, Ukraine has reconquered the city of Ternovi Pody, less than fifty kilometers from Kherson. It also follows the siege Oleksandrivkaalong the Dnieper River, on the border between the regions of Mikolaiv and Kherson. Progress in the southeast has reached Olhyne, at the other end of the region, next to Zaporizhia, where fighting continues over the Energodar nuclear power plant, a hundred kilometers as the crow flies from Melitopolthe most important city occupied by the Russians in the region.

In any case, these successes pale in comparison to what is happening right now in the northeast of the country, in the entire Kharkov region. What we are seeing looks a lot like a full-fledged rout of the Russian army. Although there is talk of a “tactical withdrawal to more advantageous positions”, the truth is that the Ukrainian counteroffensive is entering like a knife in butter through the north of Izium, reaching the Oskil River and crossing the Siversk. In little more than seventy-two hours, it has advanced some fifty kilometers to the east, reaching the very important strategic enclave of Kupianskat the beginning of the river.

Kupiansk functioned as communications hub and supply center of the Russian army on the northeastern front, receiving weapons, troops and food from Belgorod to Izium and from there to the Lugansk positions. What we are seeing is a flight similar to what we saw around kyiv in April. The Russian army and its allies are abandoning key cities such as Izium itself (conquered on April 1) and rumored Liman (under control since May 27). 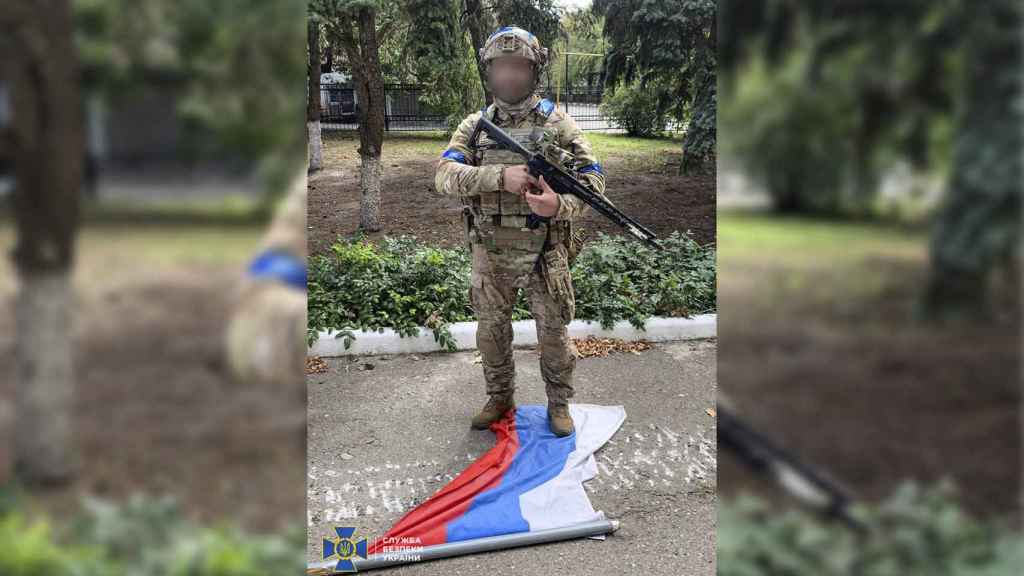 Ukrainian soldier steps on the flag of Russia.

Without Izium, goodbye to a Russian Donbas

The importance of these two cities is such that it is difficult to put it in perspective. Without them, Russia would never have reached Sievierodonetsk or Lisichansk and would not have been able to prevail in Lugansk and parts of Donetsk. Izium, in particular, was a lodging and decision-making center for high officials who came to oversee the eastern front. Falling into Ukrainian hands, thinking of an attack on Slovyansk either Kramatorsk Sounds like science fiction right now.

In fact, everything indicates that the initiative may continue to be Ukrainian in the coming days. Moscow He has announced that he is going to send more troops, but with what preparation? In how much time? What will happen to those who are fleeing in terror right now towards Kraminna through the woods, abandoning all their equipment as they go? Russia does not need to reinforce an army but to completely rebuild it or the entire eastern front will fall like a house of cards. Kupiansk, Izium, Limán and Oskil are not only cities from which to defend themselves but from which to have a shot at reconquering a large part of Donbas.

The other advantage, as the Army Magazine insists, is that these Ukrainian movements are made “inside”, that is, your supply and communication lines are protected and your troops can move easily from one front to another. Russia has to go “outside”, using Mariupol and even Crimea to move troops, which greatly hinders her reactions. The feeling, right now, is that the invader is on the ropes, even if he refuses to acknowledge the evidence. The first thing he will have to do is put an end to this image of panic and “every man for himself”.

From then on, resist… just resist, after 200 days, seeing how little that has been conquered is being lost, requires a fortitude that the Russian army and its allies seem to lack at the moment. We will have to see where Putin’s reaction goes because the paper is tremendous. Either he already announces the general mobilization or, frankly, his army does not have much to do in the Ukraine. Not, at least, with conventional weapons.