Social media abounded with comments praising Thompson’s attractivenesswho walks a few steps behind the new monarch and accompanies him to the most important events.

In fact, the major has the function of being a constant but invisible presence (in this case, not so much) in the lives of Isabel II and Carlos III. 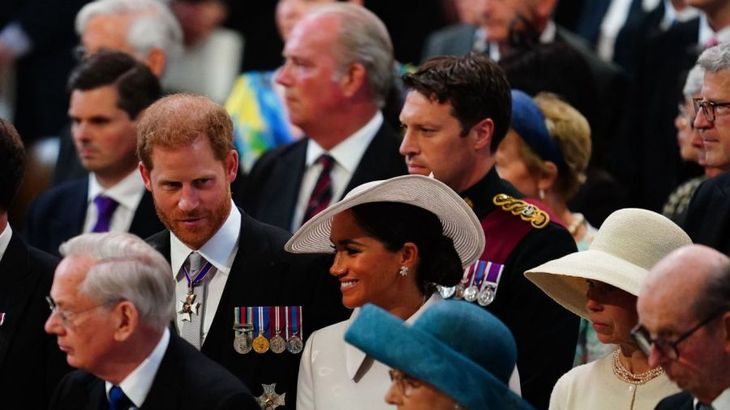 Another inheritance from mom Isabel

King Charles III not only inherited the throne of the United Kingdom from his mother, Elizabeth II: he also kept the highest-ranking bodyguard the deceased monarch hada British Army officer who has stole all eyes in recent days.

Defined by the British press as “blessed with good looks” and always dressed in a tartan (kilt), Major Jonathan Thompson belongs to the 5th Battalion Royal Regiment of Scotland he was once Queen Elizabeth’s most trusted groom.

In this regard, the British magazine “Hello!” It ruled that Thompson “has been a constant presence for the royal family, working for the late Queen Elizabeth II for years.”

Since the death of the monarch, on September 8, Thompson has been in the exclusive service of the new sovereign and has been seen accompanying him in all the great ceremonies of his succession.