When we talk about old games that are still alive today we can easily think of ‘GTA V‘ (2013) and ‘world of warcraft‘ (2004), but surely we won’t fall into ‘The Sims 4‘. The life simulation title launched in 2014 and has since has not stopped receiving expansions, DLCs, kits and, ultimately, life.

Eight years have passed since its launch. From there, players had to buy the base game and also the expansions, but that’s over. Why? Because from October 18 ‘The Sims 4’ will be free to play. The base game will become free on all platforms (PlayStation, Xbox, PC and Mac via Origin and Steam) and players will only have to purchase the content expansions if they want.

According to what Electronic Arts and Maxis have expressed in the statement, “the team is more dedicated than ever to develop new experiences and meaningful to players, and will continue to develop and release ‘Sims Delivery’ Express packs, kits and drops for the foreseeable future.” Come on, the game seems far from out of date or out of content.

The base game costs 19.99 euros on Origin. It is not a high price, and less seeing how the panorama of the current triple A, but it does present a small barrier to entry for a game that is a clear example of gaming as a service. By making it free, EA and Maxis aim to hook the player and generate revenue through expansions. 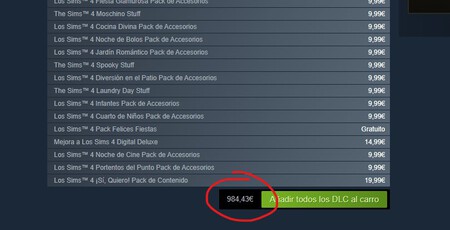 All the DLCs of ‘The Sims 4’ cost about a thousand euros.

And they are not few, because between content packs, expansions and kits, the full game on Steam costs a whopping €984.43 right now. 19.99 euros more if we add the base game. In other words, getting the full game will continue to cost a good deal. Unfortunately, in real life the “motherlode” does not work.

Now, it’s no secret that ‘The Sims 4’ has a huge community and a huge number of unofficial mods that allow you to do all kinds of tricks in the game. But be that as it may, at least players will be able to try it out without having to checkout and decide how much they want to pay. 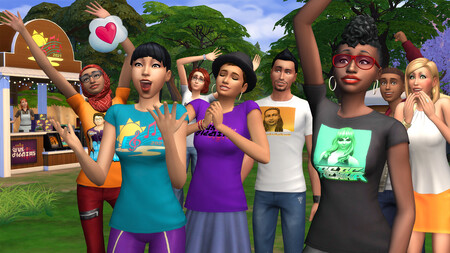 And what will happen to those who would have bought the base game at the time? They will receive the Desert Luxe kit for free, a kit with interior and exterior furniture inspired by natural desert landscapes with materials such as stone and wood. All players who purchase the game before October 17 will be able to claim this pack.