The striker of the Peruvian national team, Paolo Guerrerois going through a good moment in his life after resuming his football career at Avaí de Brazil and start a new relationship. This time, the “Predator” turned to his social networks to end the controversy and introduce his new partner.

After several weeks of rumours, the Brazilian Avaí striker used his Instagram stories to share his first images next to the Brazilian model Ana Paula Consorte.

“Love you”is the brief message that accompanies the first official images of Paolo Guerrero next to the model, with whom he had been linked for several weeks after being captured together on more than one occasion.

As detailed by the program “Amor y Fuego”, a couple of weeks ago Ana Paula Consorte revealed that she was in love with Paolo Guerrero through Instagram, in response to a comment on her social network.

LOOK: Natalie Vértiz on Ale Venturo’s pregnancy: “I will not comment if it was very fast, I got pregnant after 2 months”

As you remember, weeks before starting their relationship, Paolo Guerrero had a long relationship with the Peruvian actress and model Alondra García Miró. Until now, their separation had not been officially confirmed.

After several years of relationship, Paolo Guerrero and Alondra García Miró decided to go their separate ways. In the midst of uncertainty about the relationship between the Peruvian model and the soccer player, the striker was seen with his new partner. 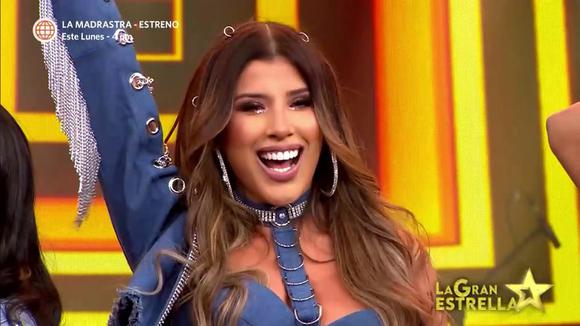 Gisela defends Yahaira Plasencia from criticism: “She does sing”