“The Big Star”, “La Voz Senior”, “JB en ATV” faced each other again in tune last Saturday, September 10; however, this time “El Especial” was added, a program broadcast on ATV that marked the reunion of Jorge Benavidez and Carlos Álvarez in a television space.

In the last gala of the program conducted by Gisela Valcárcel, quite striking musical confrontations were experienced; however, despite their efforts, they were unable to place themselves at the head of the favorite programs in tune on Saturday, being relegated to fifth place with 7.7 rating points (Hogares Lima + 6 cities)according to Kantar Ibope Media.

For their part, ATV programs “JB en ATV” and “El Especial” were at the top of the rating with 11.8 and 10.9 points, respectively.

“El Especial” began a few minutes after “JB en ATV” ended, where Carlos Vílchez did participate; However, the comedian had no participation in the program that brought “JB” and Carlos Álvarez together.

At the moment it has not been specified if “El Especial” has been a one-time program or will be something recurring every week. For now, the humorous duo revived acclaimed sketches such as “Las Pitucas de La Molina”, “Jeta Jeta y Chamo”, among others.

On the other hand, the programs “El Reventonazo de la Chola” and “La Voz Senior” were ranked 6th and 15th, respectively. The former reached 7.5 points, while the Latina singing show scored 4.6 points. 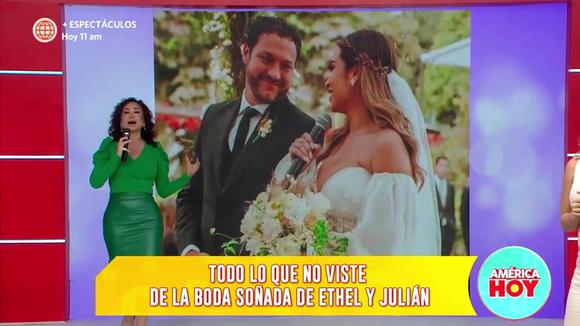