Banks read the affairs of Bizum. Even they call to ask for explanations if something doesn’t add up, such as a subject making jokes about terrorism, corruption or illegal matters. There are many examples, from “weapons for the holy fight in Syria“until pay for”alqaeda fee“. We leave in your imagination the possibilities that can attract the attention of the banks.

Why do banks read transfer concepts? Shouldn’t they be a private matter as if it were part of a conversation between two people? The answer is that it shouldn’t surprise us since all the banks are doing is complying with the law.

It is the money laundering prevention department doing its job

The different banks consulted by Xataka point in the same direction: they are fulfilling their obligations of the Regulation 10/2010 on the prevention of money laundering and the financing of terrorism.

“This regulation obliges entities such as banks, businesses, means of payment and others to monitor transactions that may be suspected of laundering or financing terrorism. Since millions are carried out, they apply automatisms to detect patterns or keywords, and everything that sounds weird has to generate an alertbe verified and if it is the case, communicated to the corresponding entities”, explains Jorge Morell Ramos, Legaltechies lawyer specializing in law and technology. “Therefore all the prank messages of this type that are placed in Bizum payments or in general, have the potential to generate an alert, call the customer and verify the assumption.”

Don’t fuck with me that the banks read the concepts of the Bizum I thought it was the typical shit that nobody paid attention to I just got nervous https://t.co/F8TES2F009

It is therefore not a question of boredom of the banks, but there are entire departments to detect fraud. The usual thing is that when a concept can induce some illegal activity, these departments contact the person to ask for more details about it and therefore carry out their functions to avoid possible illegality. The criteria of when to decide to call for a specific matter is left to the people of the department, they explain to us from several of the banks consulted.

As many of us can imagine, the number of jokes through affairs is enormous, given the large number of transfers that are made. To the extent that “a bank in Germany asked its customers to stop doing it since it generated extra work for them and collapsed the system”, explains Morrel, in relation to the case warned by Stefan Marotzke, spokesperson for the German Association of Savings and Giro Banks (DGSV). “For the cocaine”, “Thanks for the kidney” or “Plutonium suitable for weapons”, were some of the issues that led the banking entities to initiate an investigation process.

They have called me from the bank by the names of the Bizum that I receive. That you know that putting “Al Qaeda” as a concept does not make Santander very happy.

The limits of humor are marked by a multinational. Awesome.

In Spain, there is SEPBLAC (Executive Service of the Commission for the Prevention of Money Laundering and Monetary Offences) as the body in charge of controlling transfers, but the responsibility by law lies with each bank or payment service.

This is a serious matter for which banks can lose their license if they do not apply the necessary measures. At the end of 2020, the former director of ING was prosecuted for him money laundering scandal because under his tenure it was shown that “huge, extremely damaging cuts had been made to the anti-money laundering department since Hamers became chief executive in 2014” and “warnings from its chief risk officer, including others, paving the way for the influence of lucrative but criminal clients.”

If we look at the corporate policy of banks such as Caixabank It can be seen that the money laundering prevention department establishes customer profiles based on their risk and explains that in particular “transactions that show a Obvious lack of correspondence with the nature, volume of activity or operating history of the clients“.

SEPBLAC has a document dated 2008 with types of money laundering that differentiates between sectors, from real estate corruption to nationals of Asian countries, through nationals of former Soviet republics to politically exposed persons.

From Bizum they explain that the application “does not consult the matters of the operations carried out nor does it apply any filter on them. Bizum is within the banking applications of the entities and they are the ones who apply the security measures in their online banking according to their policy, measures that are the same as those applied to other financial products such as ordinary transfers”.

What does Data Protection have to say about it? 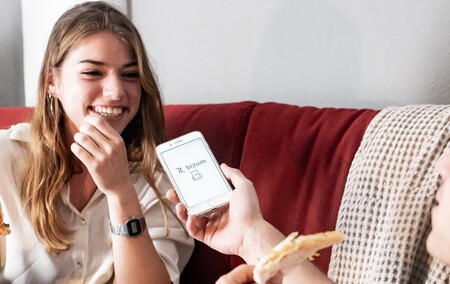 “One of the legitimizing bases for processing personal data is compliance with a legal obligation, which would be the case. The banking entity has an obligation to fight against the financing of terrorism or money laundering, and therefore, a One of these measures, among many others, is to detect concepts in those Bizum that could mean money laundering or financing”, explains Samuel Parra, an expert lawyer in privacy and Data Protection.

“In addition, the money laundering regulations themselves it already establishes in its article 32 bis that the consent of the interested parties is not required so that the subjects bound by said law process the personal data necessary to comply with their obligation of due diligence”, continues Parra.

“Regarding the transfer of data associated with the transfer, it is protected because in the end it is the execution of the contract, and they inform you. That the issue of transparency is important,” he points out. Sergio CarrascoICAIB lawyer.