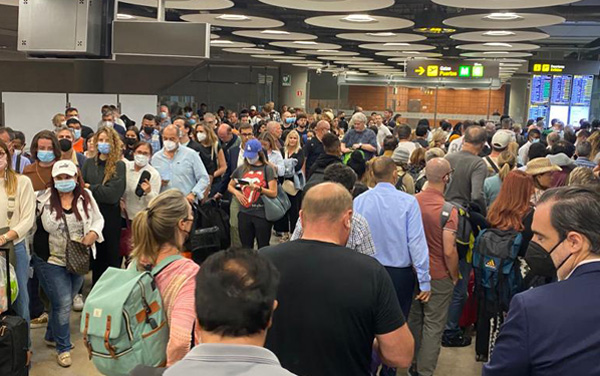 Spain is among the European countries most affected by cancellations between the months of May and August. It occupies the sixth position with 1,718 cancellations out of a total of 275,595 operations, according to the European ranking prepared by AirHelp. (The price of cancellations)

During this period, the air sector has had several open fronts. First of all, there were personnel problems both at airports and at the airlines themselves, causing huge queues at checkpoints that forced flights to be suspended or delayed. (The images of the chaos in Barajas that the Government denies)

Later came the strikes of cabin crew and pilots in several airlines. The most notorious in Europe were those of Ryanair, Easyjet, Lufthansa and Iberia Express. In the case of the Irish low cost, it is still valid until January 2023. A new strike begins at Ryanair after 10 days of tense calm

In this context, the platform in defense of the rights of travelers insists on giving some recommendations to passengers who may still be affected. Remember that if the flight is delayed for more than three hours they are entitled to alternative transport. It also states that, if a new reservation is necessary on another flight, it will be the airline itself that must make it.